Bible Institute of South Africa Board of Directors

Shaun received his MSc (Ocean and Atmosphere Science) and a M Ind. Admin from UCT. He is a technical director of an Internet Service Provider, and is married with eight children.

Having been an educator at various schools in the Western Cape since 1979, Sydney is a retired Deputy Principal in Public education as well as a former Patron and Board member of the John Wycliffe Christian School (now the Vine School) in Cape Town. He is married to Charlene and they have three children, all former students at BI. 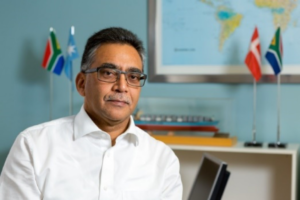 Geoff is a product of the Cape Flats. After a successful career in teaching, he joined the corporate sector as a Human Resources practitioner, working for Southern Life, Momentum, Media 24 and Safmarine/Maersk. After 15 years at Safmarine/Maersk, where he was HR Director for the Southern Africa entity, Geoff took early retirement to set up a management consultancy, The Caerus Effect, specialising in HR Strategy, Change Management and Executive Coaching. Geoff believes that the future of South Africa will be determined by the quality of the skills being developed in our schools and tertiary institutions and has maintained a passionate interest in helping to transform under-resourced and disadvantaged schools. He serves as Director of Dinaledi Educational Coaching, Chair of the School Turnaround Foundation, and Director and Education Lead of the Mental Wellness Initiative. For the past eight years, Geoff has served on the Board of the Bible Institute of South Africa and on the Management Council of St James Church, Kenilworth, where he has recently stepped down as People’s Warden to take over the role as Rector’s Warden. Geoff has BA and BEd degrees from UCT, a BA (Hons) degree from UNISA, an MA in History from the University of Wisconsin, and an MBA from UCT’s Graduate School of Business. Geoff and Lynn recently celebrated their 40th wedding anniversary, and they have two adult children and one two-year old grandson.

Paul is a Chartered Accountant (SA) and an MBA graduate from UCT. Having worked in the corporate world until 2015, he now runs his own commercial property business. Paul is married with two children.

Hilmar received a BSc Eng (Mech) at UCT before graduating with an LTh from the Bible Institute. He is the senior pastor and teaching elder of Grace Presbyterian Church, Monte Vista. He is married to Rose and they have two children.

Chris Warton is a medical doctor, anatomist and senior lecturer at the health sciences faculty at UCT Medical School. He, his wife and five of their six children have studied at BI. Chris is a founding board member of The Vine School, formerly John Wycliffe Christian School in Cape Town.
Manage Cookie Consent
To provide the best experiences, we use technologies like cookies to store and/or access device information. Consenting to these technologies will allow us to process data such as browsing behavior or unique IDs on this site. Not consenting or withdrawing consent, may adversely affect certain features and functions.
Manage options Manage services Manage vendors Read more about these purposes
View preferences
{title} {title} {title}